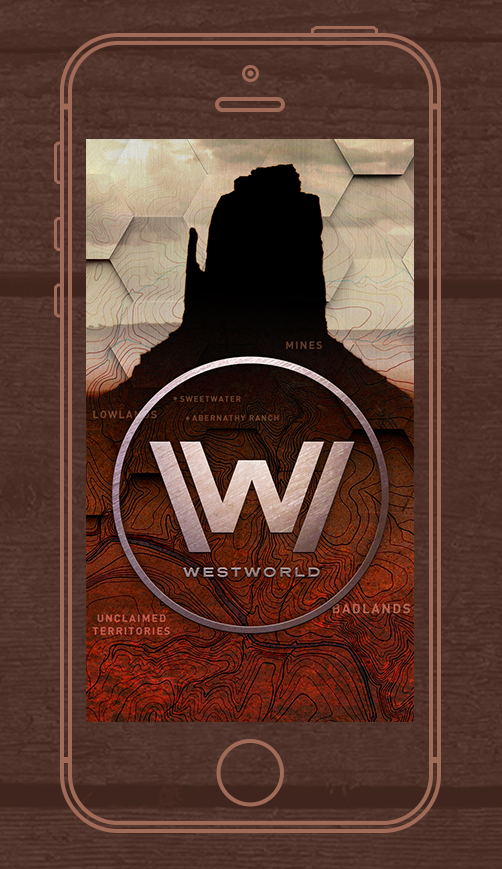 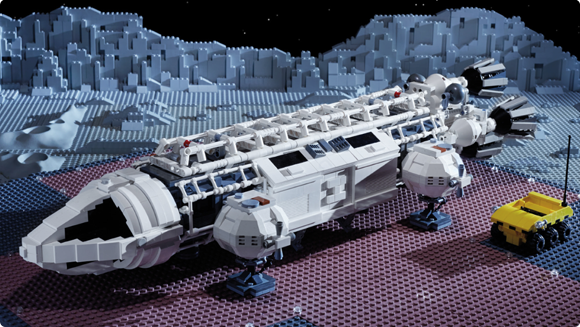 Builder Joe Klang recently posted images from his LEGO construction book Build Your Own Galaxy in which he features a few builds based on the cult 70’s science fiction TV series Space: 1999 and if you’re a fan of the show like I am, the results will have you beaming. Joe built incredibly detailed models of Eagle One, a large portion of Moonbase Alpha Main Missions and even minifig versions of the command crew itself including Dr. Russell, Commander Koenig and Maya. What I wouldn’t give to have his LEGO Eagle One sitting on my desk, ready for lift off. I’ve been obsessed with Space: 1999 ever since I was a boy and seeing Joe’s creations, crafted out of LEGO’s brought me right back to my youth. Bravo, Joe!

Hat tip to The Brothers Brick for this post.

We’re back in the space saddle again this week with another installment of The Sci-Fi Cast. This time around we discuss the latest episode of Battlestar Galactica – “Sometimes A Great Notion” with Dave, Jen and a very special guest, my friend from the Iconfactory, Corey Marion. We discuss BSG, the latest sci-fi celebrities to join Twitter and find out just how good Dave’s George Takei impression really is. If you’re all caught up on season 4 of Battlestar Galactica and have about 20 minutes to kill, then head on over and catch episode 17 of The Sci-Fi Cast today. The podcast contains major spoilers for the series, so just remember, you’ve been warned. Enjoy!

SPOILER WARNING: This post contains basic spoilers for all six Star Wars films. If you are the only person left in the universe who has not seen these movies, then you might not want to read on. Just sayin’.

If there was a bright spot regarding the Star Wars prequels, it was the opportunity for fans to get answers to many of the questions Lucas introduced in episodes IV, V and VI. Fans were hungry for any information relating to the Jedi Order, the evil Sith, where Anakin came from, the story of his children and more. With very few exceptions, Lucas dutifully managed to tie up many of the various plot lines in neat little bundles and send even the most rabid fans home satisfied.

Although I freely admit I’m far more of a Trekkie than a Star Wars geek, there are still questions that none of the six movies answered to my satisfaction. Since I’m not familiar with every bit of the Star Wars universe, I thought I would throw some of these questions out to the masses and see if anyone had plausible explanations for how they fit into the grand scheme of all things Star Wars.

“Do you remember your real mother?”

In Return of the Jedi, right before Luke goes off to turn himself over to the Vader and the Emperor, he has a farewell talk with Leia where he explains why he has to leave. Luke begins the scene with a simple question to Leia “Do you remember your mother? Your real mother?” Leia responds that “She died when I was very young. She was beautiful, but sad.” When I saw this scene in the theatre (before the prequels) I assumed Leia was speaking of her real mother, not her adopted one, which is the point of Luke asking about her “real mother”. But since we know from Revenge of the Sith that Padmé died in child birth, Leia couldn’t have been talking about Padmé.

The dialog is confusing on several levels and because of that, I don’t think we have an accurate understanding of whom Leia is describing. Luke is obviously trying to get some info, any info on his mother, and so he asks his sister about their collective mom. But since the story from Episode III doesn’t jibe with what Leia describes, this entire scene seems to be apocryphal. If Leia was simply describing Queen Breha Organa, then there was little dramatic motivation for Luke’s question in the first place.

“The son of Skywalker must not become a Jedi”

Although Lucas does a satisfying job of explaining the birth of Luke and Leia, and how they were hid from the Empire, we are still left with a pivotal unanswered question. Namely how and when did Darth Vader discover he had a son? The answer to this question isn’t just one of curiosity, it also holds one of the key developments in the entire story arc. Since Emperor Palpatine lies to Vader and explains that Anakin’s own anger killed Padmé, the eventual discovery of Luke must come as a revelation on multiple levels. This revelation would logically be the tipping point where Vader decides to plot to overthrow the Emperor.

The most logical explanation is that after the Battle of Yavin, Imperial spies learn that the young rebel who destroyed the Death Star was named Luke Skywalker. Vader instantly realizes he has a son and that the Emperor has lied to him. If this is the case, then this dramatic development is one of the greatest missed opportunities in the entire series. I would love to see how Vader’s rage played out against the Emperor, but alas this was not to be.

From the audience’s point of view, the first time Darth is informed about the “Son of Skywalker” is in The Empire Strikes Back when the Emperor himself tells Vader that “The son of Skywalker must not become a Jedi”. Thanks to Vader’s non-reaction in this scene, between Episodes III and V, Darth must somehow learn of Luke, the Emperor’s deception about Padmé’s death, and a long lost son. Through all of this, ironically Vader doesn’t even blink. I don’t buy it for one second.

In The Phantom Menace we learn the origin of Anakin Skywalker. Shmi tells Obi Wan and Qui-Jon that amazingly, Anakin had no father. This in itself wouldn’t be too difficult to accept, except for the strange scene in Revenge of the Sith where Palpatine tells Anakin the tragedy of Darth Plagueis. The future Emperor relays the story of a Sith master so powerful he was able to control life itself. The subtext of this scene is that Plagueis was Palpatine’s master and that it was Palpatine himself who slew Plagueis after he had taught his young apprentice everything he knew.

Given the implied nature of the scene, we are left with many questions. Chief among them – is Palpatine Anakin’s “father”? Did Plagueis himself will Anakin into existence by using Shmi Skywalker to bring him to term? Did Palpatine kill Plagueis when he learned he was grooming a replacement apprentice? All of these questions (and more) are never answered in the films. Some Star Wars comics have put forth theories about these plot points, but since they cannot be considered “cannon” they remain only fan speculation.

Although it’s no secret that I consider the prequels to be inferior follow-ups to the original Star Wars trilogy, it is none-the-less a testament to Lucas’ storytelling that I find myself asking these questions, even today. The archetypes he used in weaving the Star Wars universe are powerful and speak to the allure of great drama. Given Lucas’ propensity to keep churning out all things Star Wars, we may very well get many of our answers. I think I speak for fans everywhere when I say, go for it George, just leave Jar Jar in a galaxy far, far away… from us.