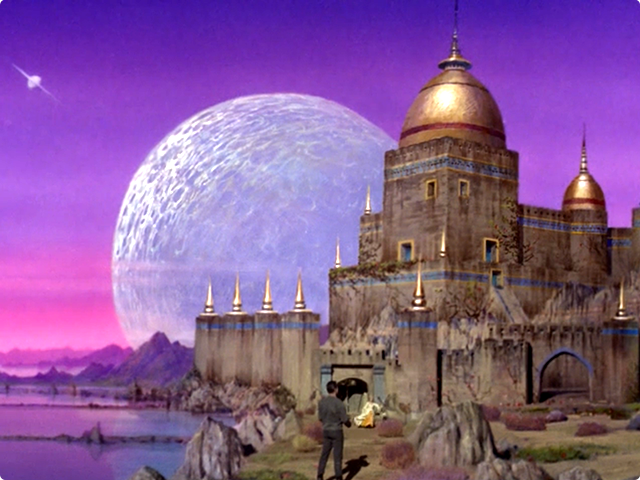 There are a few shots from the original series that fans like myself consider highly iconic. Today’s one perfect shot from the two-part episode The Menagerie is one such image. The shot features a medieval-looking castle on the planet of Rigel VII where Captain Pike (in the foreground) is forced to fight a large, hulking Kalar. This wonderful frame features a matte painting by artist Albert Whitlock that was actually improved for the re-mastered version of the original series.

The Menagerie’s skillful use of scenes and elements from the original, un-aired Star Trek pilot, The Cage, was Gene Roddenberry’s way of taking some of the pressure off the show as the schedule of the original series started to slip from week to week. By creating essentially a “flashback story” with a dramatically shorter script (just 64 pages long, shorter than the scripts for most single-part episodes), Roddenberry was able to give the production and writing teams crucial time to get back on schedule with NBC for episodes currently in production.

The castle would again be re-used in season 3’s Requiem for Methuselah as the lavish home of the immortal recluse Mr. Flint. When the re-mastered version of Requiem aired, the original shot from The Cage was replaced by an all-new, CGI version of Flint’s home on Holberg 917G.

Next up, Captain Kirk discovers the play’s the thing wherein he’ll catch The Conscience of the King. 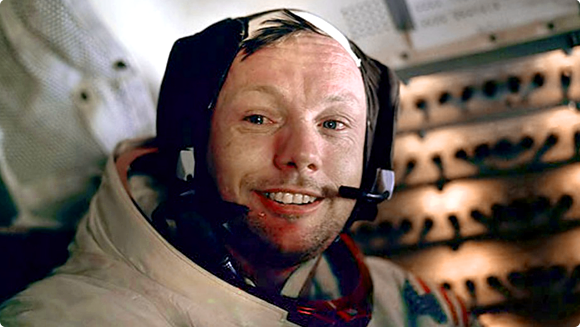 While I was doing research for my sci-fi nightmares post over at The Sci-Fi Cast, I came across a pretty cool die-cast collectable toy that I just had to have. The piece was a 12″ replica of my favorite space ship from Gerry Anderson’s Space: 1999. It had received good reviews on a blog I discovered so I decided to order it. It arrived today and I couldn’t be more pleased.

The toy is heavy, finely detailed and looks exactly like the models from the TV show. I’ve always had a special affinity for the Eagle Transporter since I was a kid and have owned several of them over the years. This just might be the best one to date. What makes it even better was the quality and professionalism of the company I ordered it through – Comet-Miniatures.com based in the UK. After I placed the order, they actually took the extra step to check and confirm it with me before shipping it out. It arrived quickly, and was packed extremely well. It also included a hand-written note along with my receipt which was something I just couldn’t get over. Bravo guys, I’ll be ordering from you again soon!

If you’re a Space: 1999 fan like I am, then head on over to my Flickr page and check out the wonderful pictures of the toy that Talos took for me today at the office. If I had money to blow, I’d order the larger 23″ Signature Edition, but all-in-all this one really is perfect. I’m so happy!