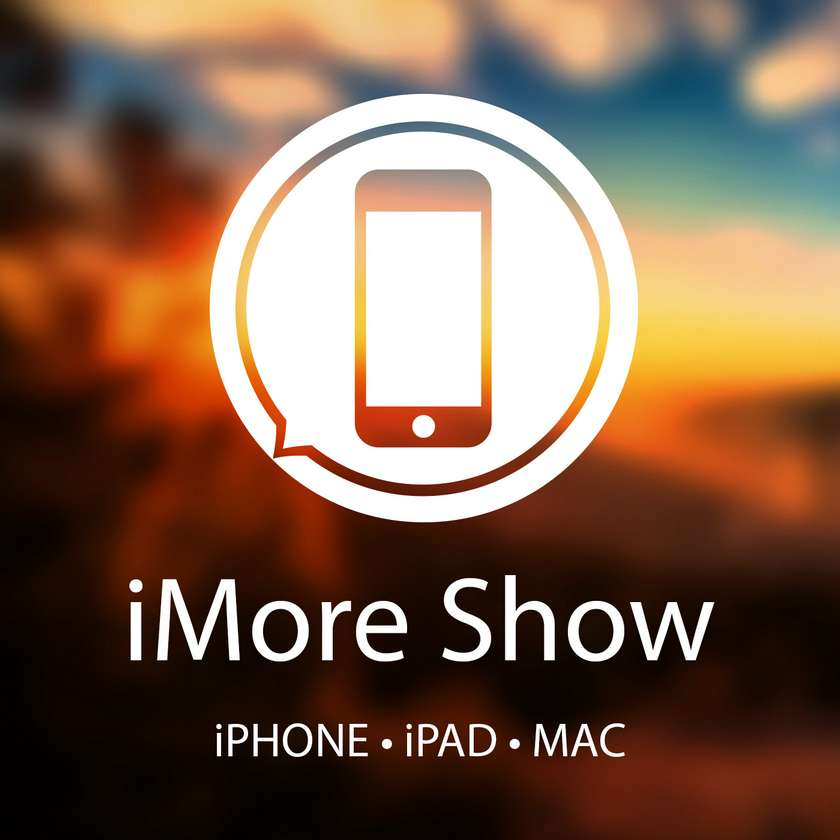 Last week, the Iconfactory launched its new simplified sketching app for iPad – Linea. We worked on the app for over a year and used it internally for client projects during its development. The response has been nothing short of amazing. We designed the app to be easy to use and immediately approachable for both advanced artists as well as novice users and that simplified philosophy seems to really have struck a chord with people.

Rene Richie invited me to come on episode 543 of the iMore Show and talk about Linea. We discussed how the app came to be, what went into bringing it to market and how it hopefully stands out in the crowded space of App Store sketch apps. I had a great time with Rene, Serenity Caldwell, Lory Gill and Georgia Dow talking about Linea and getting their insights into why they love sketching with it. As an aside, if you’ve not seen Serenity’s amazing video review of Linea, please do check it out, it’s one of the best product reviews I’ve ever seen.

A big thanks to the entire iMore crew for having me on to talk about Linea. It’s gratifying to see something you’ve worked so long and hard on be so loved by the iOS community. The Linea section of episode 543 starts around the 24 minute mark. Enjoy!

Apple already has one of the best unboxing experiences of any company on the planet. The industrial, packaging and graphic designers have gone to considerable pains to make sure that customers are extremely satisfied when they first open and activate their new Apple hardware. With iOS 5’s ‘PC Free’ technology, in combination with iCloud, Apple’s customers no longer need to attach their new iPhone or iPad to a desktop computer to start using it. All this is wonderful, but could Apple’s unboxing experience be even better?

Imagine opening your new iPad that arrives by FedEx this morning, turning on the device and finding it already ready to use. No input of your Apple ID, no syncing of contacts, bookmarks or even apps. You turn the iPad on and it’s ready to go. Using the online ordering service via Apple.com in conjunction with your existing Apple ID, this kind of effortless unboxing experience could easily become reality. Ask any Kindle owner how awesome it is power on their new device and find all their books already there, ready to read. I could easily see an option at the end of Apple’s online ordering system that would give permission to use your Apple ID to pre-sync your new iDevice with your iCloud content.

There’s something to be said for the actual process of setting up your gadgets. The geek in us loves the discovery and rush we get from seeing, touching and exploring new technology and in that way, perhaps the current unboxing experience is superior. It gives Apple a chance to highlight just how elegant the process really is. That said, Apple is always designing for the 80%, not the geek and if that means giving customers the ability to simply open the box and go, I’m sure we’ll see it in the very near future. 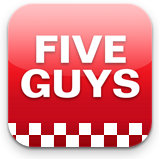 Blame the ailing economy if you like, but in recent years businesses have become more and more willing to experiment in order to get a leg up on the competition. Seeking to capitalize on the increasingly tech-savvy public, the acclaimed burger chain Five Guys, has introduced a new iPhone and Android application that aims to make your dining experience quick and effortless.

Five Guys joins the ranks of restaurant chains like Chipolte Mexican Grill and Outback Steakhouse that let customers not only browse their menus but also place a to-go order right from their smart phones. I take food out from local Greensboro eateries a lot and I usually try to call ahead so I can get in and out as quickly as possible. The breakdown in efficency usually occurs at the time of payment and so I end up waiting in line to fork over my debit card while I hope and pray my food is even ready.

When ordering with Five Guys’ or Chipolte’s apps, you specify what time you want to pick up your food, pay for it via secure ordering and even save your favorite selections for future reference. I tried the Five Guys app today and it was a dream. I entered the store, went directly to the pickup counter and simply gave my name. The order was ready to go and I was enjoying my lunch all within minutes of walking in the door.

I can envision a time in the not-too-distant future when customers won’t even need to pull out a wallet when eating at their favorite restaurant. The advent of smart phone payment apps like Square and iOS 5’s geo-fencing technology have already started to revolutionize the way people shop, and soon dining experiences like the one I had today at Five Guys will be the rule, not the exception. Now if we could only design an app to get us through TSA lines as quick and “painlessly”.

[Dan Frakes and David Lanham contributed to this post]

The launch of Apple’s App Store was one of those moments that developers live for. After weeks of coding, designing, testing, tweaking and debating, Twitterrific for the iPhone and iPod touch was released to overwhelmingly positive reviews. All of us at the Iconfactory, especially the big guy in Laguna, are all gratified that users seem genuinely happy with Twitterrific for the iPhone. Apple’s handheld hardware is a wonderful new development platform that’s bound to get better with time, and we were pleased to be present at launch.

However, throughout this whirlwind day, I kept receiving emails about another of our software products and why it wasn’t included in the App Store kick-off. That application of course, was Frenzic. More than a year ago, I posted on my blog asking users to write Apple in support of bringing a native version of our addictive Mac-based game to the iPhone. You showed your support for our efforts to bring the best possible version of Frenzic to the iPhone, and now thanks in-part to users like yourself, that native version is becoming a reality.

I’m here to tell you that Frenzic is definitely coming to Apple’s handheld party. Some of Craig’s coding buddies got an early sneak peek of Frenzic at WWDC, and it’s only gotten better since then. The mobile version of Frenzic is confirming my suspicions that this is how the game was always meant to be played. Placing pieces is fast, responsive and fun as all get out. There is a tactile sense of immediacy when playing Frenzic on the iPhone or touch that simply isn’t present in the desktop version. We still have tons of work to do, but trust me when I tell you it’ll be worth the wait.

In a way, I’m glad Frenzic wasn’t ready for today’s App Store launch. There are already tons of great games available for the iPhone. Pangea’s Enigmo and SEGA’s Super Monkey Ball both come to mind. Frenzic’s day will come, and when it does, all of us at ARTIS Software and the Iconfactory hope you’ll give it a try. The Mac desktop version’s slogan has always been “Addiction never felt so right.” Thanks to the App Store and iPhone, I think players everywhere are about to get addicted all over again. For now, hang tight and hone those reflexes. You’re gonna need it!