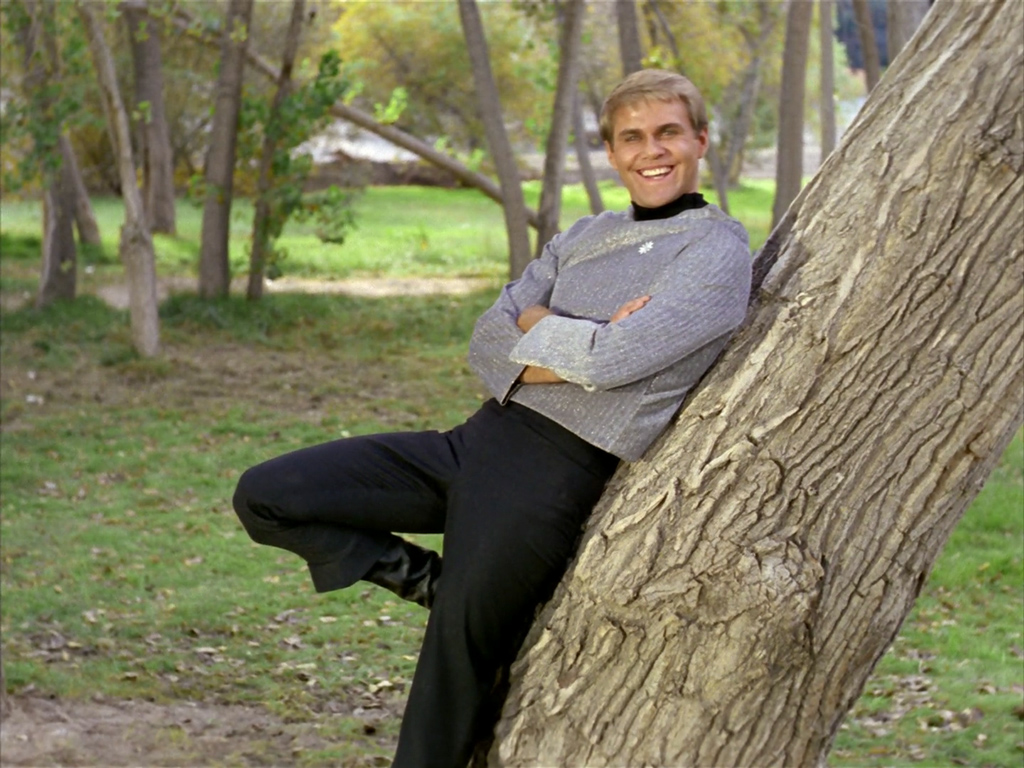 Some of my favorite episodes of classic Star Trek feature plots that venture from science fiction into the realm of the surreal. The series wasn’t afraid to take chances with stories that seemed strange and fantastical, even for Star Trek’s standards. Episodes like The Savage Curtain, Catspaw and Shore Leave all feature elements that, at least initially, can’t possibly make any sense adding an air of other-worldliness that was Star Trek’s hallmark.

When the crew of the Enterprise survey a lush planet in the Omicron Delta region, the place quickly presents itself one of those “strange, new worlds” Kirk highlights in the show’s opening narration. McCoy spies Alice and the Rabbit from Alice’s Adventures in Wonderland, Sulu finds an ancient Colt revolver and Captain Kirk meets Finnegan, an upperclassman who tormented him endlessly at Starfleet Academy and a long lost love named Ruth. Both people from Kirk’s past can’t possibly be on this planet far from Earth, yet here they are in all their nostalgic glory.

Things get even more bizarre for the landing party when Don Juan shows up and Doctor McCoy is seemingly killed by a dark knight on horseback. The crew eventually discovers the entire planet was constructed so that its creators could come and visit and live out any fantasy they choose simply by thinking about it. One of the planet’s caretakers appears at the conclusion of act IV (accompanied by an alive and well McCoy) and suggests that with the proper precautions, their playground planet could just be what the exhausted Enterprise crew needs to relax.

I love many aspects of Shore Leave, especially how this episode set the stage for the creation of the holo-deck in Star Trek: The Next Generation – a place where you could go and magically experience anything you wished in an instant. The playground planet featured prominently in another episode of Star Trek: The Animated Series – Once Upon A Planet, and as you might expect, the crew encounters difficulties then as well.

Our one perfect shot from Shore Leave comes just as Kirk discovers his old adversary, Finnegan, leaning boyishly against a tree. The fantastic nature of his appearance, how director Robert Sparr decided to present him to the audience is wonderful. I always wished we had learned more about Finnegan, perhaps in J.J. Abrams’ Star Trek reboot, but alas, that never materialized.

Next time Spock gets his first taste of command under extreme circumstances in ‘The Galileo Seven‘.