Today Donald J. Trump becomes the 45th President of the United States. To say I never thought this day would come is probably my greatest understatement ever. I was certain we’d never see this man sitting in the Oval Office, yet here we are.

The journey from that stage of denial to today’s acceptance of his inauguration has been a tough one for myself and millions of my fellow Americans. At times it’s felt like I was shoved in a car by people I don’t know or associate with and forced to travel an unfamiliar highway late at night. What’s worse, the car has no headlights, no brakes and to top it all off we’re not even certain where we’re all going. Hopefully we can keep our wits about us and not drive off into the ditch. If we all do our part, God willing we’ll arrive someplace safe and not as bad as we originally thought.

This past week I spent time taking down Christmas decorations and as I was packing up the boxes I caught myself thinking “I hope this isn’t the last time I get to do this.” I was stunned to realize I actually thought such a thing but I had. What if this reckless, unfit, unqualified, corrupt bully of a man starts a war and kills us all? Is that posssible? As depressing as it sounds, yes, it certainly is. And if he doesn’t get us, climate change almost certainly will.

By the time I came back in the house however I started thinking of ways I and others can help make sure these things didn’t happen. Be kind to strangers, help those in need, call my local leaders and make damn sure they know Trump doesn’t speak for me or my family. Teach kids and grandkids to be self-reliant, keep an open mind and be tolerant of others. If you see an injustice being committed, especially to a person of color, speak up. Learn a new skill or trade and do what you need to do to take care of yourself both physically and mentally. It’s up to all of us to resist and not become complacent. It’s going to be so difficult these next four years to not simply give in to the constant stream of bullshit but that’s what we have to do. I for one am ready to fight, I’m ready to do my part to steady the wheel.

As one of my favorite cinematic characters once said “The future is not set, there is no fate but what we make.” Like her, I want to face that highway with a sense of hope for the future, not despair. It won’t be easy, and there are bound to be casualties along the way but I’m confident we’ll get there in the end if we work together and stay true to ourselves. Come with us if you want to live, love who you want and be free.

I was listening to an interview with a 20-year female veteran on NPR today who’s struggled with whom to vote for this election. She said she ultimately decided she will vote for Trump because “more of his beliefs align with mine.”

As I listened, all I could think about was which beliefs of Trump’s those would be. The belief it’s okay to mock disabled people? The belief it’s acceptable to attack and disgrace a Gold Star family’s ultimate sacrifice? Maybe that it’s okay to call veterans like John McCain losers? Or perhaps it’s his belief that it is acceptable to be a sexual predator who forces himself on women when ever he feels like it? I have a feeling it’s his casual disregard for the Constitution like when he called for the population of an entire religion to be banned from the United States. I just can’t decide which belief(s) this woman shares with Trump.

When I hear just how little the things he’s said or done matter to a certain block of voters I’m reminded just how much sway emotion has over us. Lead with your heart, not your mind. Feelings are greater than facts. People also have a big tendency to stick to their tribal mindset way more than I’ve anticipated. It makes me depressed and saddened to think about them and where we’re headed in this country. Even when Hillary wins tomorrow, and she WILL win, we all still lose thanks to the millions of people who would rather be on the winning team than do what’s best for the entire country by electing a person who is for a lack of a better term – an asshole. 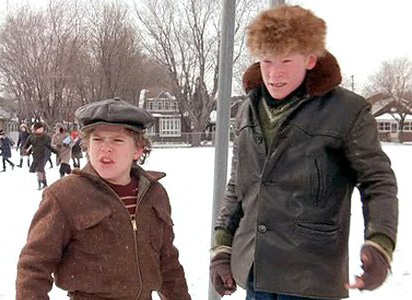