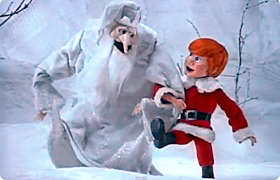 Like many people, I have a habit of procrastinating. I sometimes tend to put off completing tasks until the guilt simply becomes too much to bare and I get off my butt and get moving. Judging from the immense popularity of productivity apps that specialize in reminding you to get your stuff done, I think it’s safe to say I’m in good and numerous company.

Procrastination isn’t necessarily a bad thing, especially if it helps you to sort through your emotions or gather a particular plan of attack before barreling ahead. Putting off writing an email you’d have regretted if you had sent it off in the heat of the moment is a good thing, not bad. But more often than not, procrastination can freeze us from action for extended periods of time and even interfere with important work. Personally, I have a bad tendency to stall when starting a new, large intimidating project at work. I find it can be extremely difficult to get motivated especially when the work involves creation of something from scratch. If you’ve ever written anything and put off starting because you were intimidated by the “blank page” before you, then you know exactly what I’m talking about.

The good news is over the years I’ve come up with a small but effective method to help get myself started on projects faster and it is simply this: take baby steps. Part of the problem with starting on a task is that often it can seem insurmountable and so why bother even trying? The trick is to pick one small part of the task and start there, slowly chipping away, piece by piece on what has to be done until there is nothing left to do. I’m reminded of the Winter Warlock from Rankin & Bass’ classic TV special Santa Claus is Coming to Town. In the story, the evil wizard wants to change his outlook on life from bad to good, but he doesn’t know how to start. The young Kris Kringle sings to him to “put one foot in front of the other and soon you are walkin’ across the floor!” It sounds completely hokey and cheesy, but I swear it’s the truth! 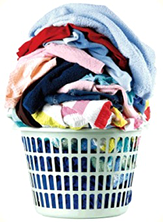 Say you’ve got a pile of dirty dishes starting at you in the sink. You don’t wanna wash them because doing so is going to be time consuming and a complete mess. When something like this comes up for me I think to myself, “Okay, I’ll just wash the silverware for now.” So I’ll start cleaning maybe just the forks first and then the spoons and so on. That naturally leads to glasses and then to plates which leads to pots and pans and then before I know it I’m done. The technique can be applied to just about anything. Have a report or blog post to write? Don’t try and write the whole thing, start by drafting an outline and go from there. Need to clean the entire house? Break it down and start with just one room. Over time, things will be nice and shiny. Bags and bags of laundry to do? Start with just the whites. Starting a massive new project at work? Don’t despair, figure out what the first step is and once that is done, move onto the next and then the next.

By breaking big tasks down into a bunch of smaller, less time consuming ones, you trick yourself into lowering the barrier to entry. Like most people, I find that I’m fine once I get going on a project, it’s just the getting started part that is really difficult. Although it sounds counter-intuitive, baby steps are a great way to jump that first hurdle and get moving. Give it a try and I bet before you know it you’ll be walking out the door!