There are basically two kinds of people who leave software reviews in the App Store. The first are users who genuinely want to add their voice to the chorus of users who have downloaded the software. They want to let other potential users know what they’ve learned in the hopes of helping them make an informed buying decision. They may encounter problems with the app, but overall they try to be open minded, fair and leave generally helpful reviews. If an app is good they generally say so. If a piece of software is poorly designed or implemented and deserves a low rating these users will go out of their way to describe why, which is great. 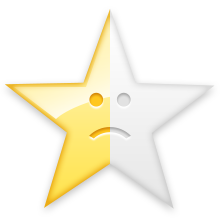 The second type of people who leave reviews do so for a simple reason – spite. They feel slighted by their purchase and want to do their very best to try and punish the developer in their small way by assigning a single star. They often accompany such reviews with unhelpful prose like “This app sucks, fix it!” or “Worst app I ever bought!” and so on and so on. These kinds of reviews are less than helpful to the developer of course, especially since Apple doesn’t currently provide a way for an app’s developer to easily get in contact with a review’s author.

As a developer, I’d love to be able to get in touch with both of these kinds of users to find out what I could be doing better with my software. Sometimes it’s possible to google someone’s App Store user name and track down a contact link, but more often it’s not. That’s why I recently decided I was going to start leaving my Twitter username in all my reviews I wrote on the App Store. Leaving a tangible point of contact for a developer gives them a way to reach out to you if you have specific issues with an app. Contacting them directly with your concerns is always best of course, but if you do leave a review, consider leaving your Twitter / contact info in the body of the review.

If you’re the type of user that wants to help improve an app, who wants to support the development of quality software through meaningful dialog, then owning your review would seem to be a no-brainer. And to all the one-star trolls who call the App Store home, I leave this sage piece of advice from my mom – If you can’t say something helpful, shut your damn pie hole!*